Martial Arts classes for your kids – A Parent’s Perspective 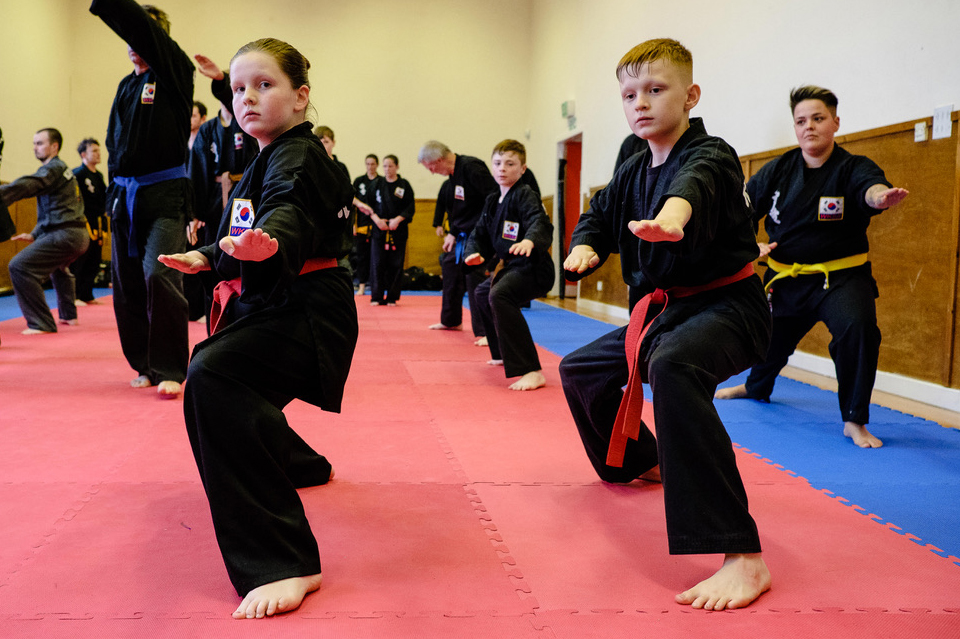 Strangely the kids got involved in martial arts after I’d hurt my shoulder. I was being treated at local sports injury clinic Graeme Temple Sports Therapy by Graeme. He also happened to be the School Owner and Senior Instructor of Kuk Sool Won Kirkcaldy and told me about the classes for my kids. Here’s a parent’s perspective.

My kids, Peter and Emily, started the class together aged 8 and 11 years old, they are brother and sister with my son being the eldest.

The reasons I wanted to get the kids involved in the first place were:

All youth classes begin with a warm-up and then practice falls into different types of practice, from self defence techniques, prearranged patterns of martial arts movements called Forms, light contact sparring which the kids love, developing their kicks and punches, learning how to fall safely, acrobatics and weapons training once they got to blue belt witch sounds a lot scarier than it is. My two kids have progressed steadily through the belts and were invited to also attend an advanced class on a Saturday as well.

The benefits from a parents perspective

The classes have definitely improved both of the kids’ fitness, but the big bonus for me was seeing their relationship as brother and sister change. They still have the love/hate relationship at times, however, I see them practising together outside of class and encouraging each other, which always intensifies in the lead up to tournaments. Reflecting on when I was younger, me and my brothers never really had the same interests, so I feel that this is a massive plus point. Martial Arts Classes for your Kids A Parent’s Perspective

The kids are taught to respect the different ranks and belts in the club. They also gain that same respect as they move through the belts and the whole club celebrates when testing results are positive. This lends to the family atmosphere of the club!

The kids are pushed to be excellent – they’re given guidance and shown how to get to where they need to be. The instructors have different strengths and different teaching styles that work in unison meaning for my two, who learn in different ways, that they are both able to take it all in. The main instructors are Graeme, Jamie, Thomas, Justine and Bryan. Justine has been a massive inspiration to my daughter, showing that she can do it just like the boys and better. She is very encouraging, as are her male counterparts, but I think having her there definitely helps. The guys inspire my son more when they show their own talents for the martial arts.

An important part to note is that Graeme’s instructor, 6th Degree Master Nick Reeve from Kuk Sool Won Central London, often visits the club and does masters workshops, which allow the kids yet another perspective. It also shows that their instructors are also constantly striving to improve themselves.

Kuk Sool Won Martial Arts Kirkcaldy is a commitment of time and money. But as a parent of two students it is well worth the monthly fee for the benefits. They’re also taught manners, respect, given opportunities to share learning with others and learn something new every week. The classes a type of camaraderie that I haven’t seen with other clubs.

The kids truly get out of Kuk Sool Won Martial Arts Kirkcaldy what they put in. There is the opportunity to go to tournaments; we went to their first tournament in Motherwell and they both came away with three gold medals. This is testament to all their instructors and their own hard work. The tournaments bring the club together as a whole, like family. The kids are given a chance to share results and look at where they can improve for the next one.

Kids are kids and they can go through phases of not being bothered to go to class. However with a bit of encouragement they go and always come out buzzing. As a parent, you are encouraged to watch the whole class or part of it. I don’t very often as I have found my kids then look over to seek my approval rather than concentrate. They love classes outside and in the better weather they can go to the beach or to the park.

Martial Arts Classes for your Kids A Parent’s Perspective

The classes have improved the kids self confidence, brought them closer together, improved their fitness and given them another set of adults to look up to. As a parent I’m not sure what else I could ask for!

Start your Martial Arts journey now. Let us know what we can do to help.

To take advantage of the week of free lessons simply call or email Graeme on:
07817 460 635
info@kuksoolwon-kirkcaldy.com 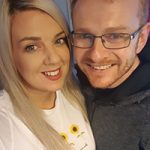 Sandra McCombie is a parent of 2 kids at Kuk Sool Won Martial Arts Kirkcaldy. A little bit about me; I’m a mum of two, with two dogs and arguably a third child (husband). I work full-time so have all the joys of that too.