Great for getting to grips with the concept of distance and timing. 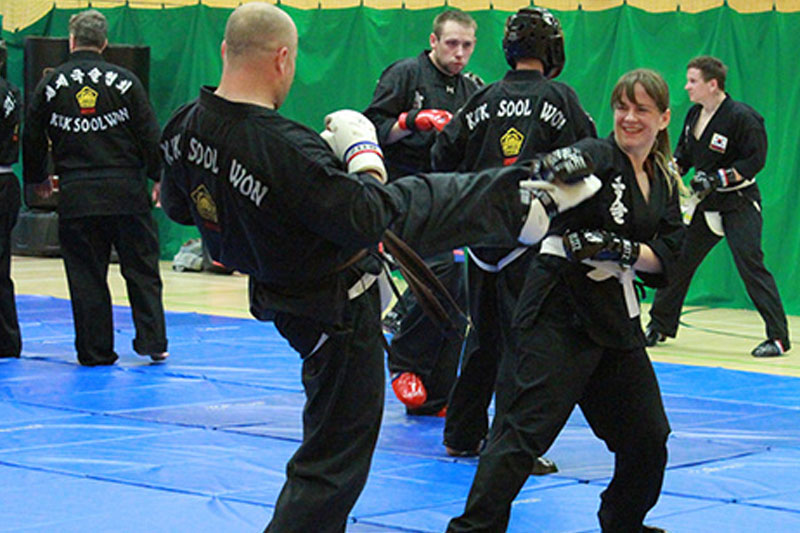 SPARRING IS A GREAT TEST OF SKILL AND CONTROL

Kuk Sool Won sparring rules can differ from class to class and can also vary based on age group and ability.

In general, Kuk Sool Won Tournament Style Sparring is point-based and no-contact to light-contact. Matches are two minutes long and whoever has the most points at the end wins. The match is also over if a competitor’s score is 5 or more than his or her opponent. Legal striking targets include the chest, sides above the waist, neck, and head. There are no strikes allowed to the back or to the back of the head. The points are as follows:

Two points – kick to the head

In addition to scoring a point, a fighter must clearly show technique and that the strike could have been successfully executed at full force. If the attacking limb is almost straight and does not clearly reach the target, no point is awarded.

Sparring is considered an important aspect of Kuk Sool Won since it introduces students to many important principles, like Distance and Timing. Once these fundimentals have practiced students can opt to take part in other types of sparring.